On Monday, Twitter CEO Jack Dorsey’s first tweet was sold as a nonfungible token for 1,630.58 ether, a cryptocurrency. Based on the price of ether at the time of sale, this equates to approximately $2.9 million.

On March 21, 2006, the tweet “just setting up my twttr” was published for the first time. On March 6, it was listed for sale as an NFT. Sina Estavi, CEO of Bridge Oracle, had made the highest offer by March 9. Estavi won the auction, despite the fact that his bid was worth about $2.5 million when it was placed.

Dorsey stated that the proceeds will be converted to bitcoin and donated to Give Directly’s Africa Response fund.

Also See: Elon musk is Selling his Tweet as an NFT – Highest bid is Over $1.1 Million

Elon Musk appears to be selling a recent tweet of his as a non-fungible token, or NFT. “I’m selling this song about NFTs as an NFT,” Musk, CEO of SpaceX and Tesla, tweeted on Monday 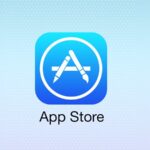 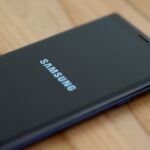