Samsung, a South Korean company, has reclaimed first place in global smartphone sales. In the month of February 2021, the company recorded massive sales.

This is a small margin. When it comes to flagship model variants, Samsung outperforms Apple. However, with only a few variants and such a large market share, Apple is far ahead.

Xiaomi comes in third place on the list of smartphone manufacturing leaders. The company has an 11.5 percent global market share. Vivo and OPPO are two other companies. These companies hold 10.6 and 8.5 percent of the market, respectively. Because of past restrictions and rivalry between China and the US, these smartphones have almost no presence in the US.

The release of the Galaxy S21 in January boosted Samsung sales. Prior to this phase, Apple had a market share of 25.4 percent the previous year. Huawei, a Chinese company, was one of Samsung’s most difficult competitors. Because of the US sanctions, Huawei has lost its presence in the US market.

Also, check WhatsApp Extends Its Encryption to Back up Cloud Services 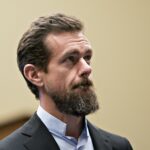 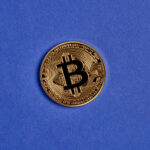