WhatsApp Extends Its Encryption to Back up Cloud Services

A new update has been released by WhatsApp to protect the data that is stored on cloud services such as Google Drive, iCloud. This will be a huge relief for many businesses and people who use these services. The encryption system prevents people from reading your messages without having access to your phone or tablet which means you can rest assured that all of your documents, Chats, and files are secure.

“Starting today, we are making available an extra layer of security to protect your backups stored on Google Drive or iCloud. This new feature will be enabled by default and come with end-to-end encryption so all data is safe.“

WhatsApp has been making headlines this year for its lack of privacy policy. The backlash resulted in some changes to the Facebook-owned messaging app and since then they have been adding features quite frequently.

WhatsApp has just announced that users will now be able to keep their messages encrypted when they store them on Google Drive or iCloud. This was announced by the messaging app’s parent company Facebook on Thursday. This is an excellent new addition for those who want total security and privacy, as well as convenience!

In a press release Facebook said that “Starting today, we are making available an extra, optional layer of security to protect backups stored on Google Drive or iCloud with end-to-end encryption.”

The messages will be secured with an encrypted password or key that only the user knows.

“Neither WhatsApp nor your backup service provider will be able to read your backups or access the key required to unlock it,” the press release further added.

The new feature will be rolled out gradually, beginning with users who have the most recent version of WhatsApp on their phones. This way it’s available for everyone!

WhatsApp Extends Its Encryption to Back up Cloud Services 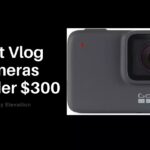