Everything You Need to Know About the New Amazon CEO, Andy Jassy

In the fourth-quarter earnings release for 2020, Amazon made a big announcement that the founder of Amazon.com, Jeff Bezos is going to step down from the role of CEO of Amazon.com in the third quarter and remain with the company while leading it as an executive chairman.

Moreover, the successor to CEO Jeff Bezos will be Andy Jassy, the Amazon Web Services CEO but apparently, the company didn’t disclose the name of the successor of Andy Jassy.

Now after getting known about these huge transitions going to happen in the biggest company in the tech industry, you might be having some blank spaces about the man stepping into the duties of the new Amazon CEO, Andy Jassy.

So let’s talk about some quick facts about Andy Jassy.

Andy Jassy is as Amazonian as Jeff Bezos. Andy Jassy is at Amazon for 20 years, he joined the company when it was known for bookselling. He launched Amazon web services (AWS) in 2006 and became the AWS CEO in 2016.

Today, he is known as a reputed operations wizard with technical chops in Amazon and sooner going to take on a big role as a CEO of the company.

In the early years of Andy Jassy at Amazon, he was working as a technical assistant of the company’s founder, Jeff Bezos which was eventually a shadow role to Bezos.

After Bezos’ announcement about Andy Jassy as new CEO of Amazon, Andy said:

“It’s hard to overstate how much I’ve learned from Jeff over the past 24 years — from how much I obsess over customers, to the importance of inventing and looking around corners, to the criticality of hiring and developing great people, to the value of high standards and consistently speedy, outstanding delivery. I am grateful for the opportunity to lead Amazon and excited about what the future holds for the company.”

“I’m excited for Bezos and looking forward to watching him in his “next chapter.”

In a nutshell, it would be pretty strange if Jeff Bezos had announced someone else’ name for his succession rather than Andy Jassy because he always had a clear path for taking on this biggest duty as he is already responsible for a great chunk of Amazon and in overall profits Andy Jassy drives an enormous revenue for Amazon.

Also, check Jeff Bezos steps down as CEO of Amazon

Andy JassyEverything You Need to Know About the New Amazon CEO 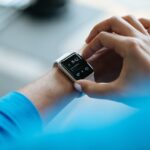 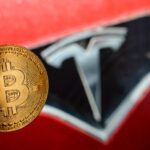