Google Sued by DOJ in Antitrust Case Over Search Dominance

The Department of Justice filed a long-awaited anti-trust lawsuit against Google On Tuesday, arguing that the company had illegally maintained a monopoly on searches by cutting rivals’ off-key distribution channels.

The case is the culmination of a more than a year-long inquiry into the business practices of the companies. It’s the most significant anti-trust lawsuit since the Department of Justice sued Microsoft in the 1990s alongside a coalition of state law enforcement.

DOJ claims that Google holds 88 percent of the U.S. general search market, with 94 percent of mobile searches occurring on its services. The Department claims that the behavior of Google has harmed consumers by lowering the quality of search services and reducing choice.

Google Sued by DOJ in Antitrust Case Over Search Dominance 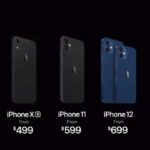