Twitter has introduced a new feature to its audio tweets platform which enables users to share their thoughts within their feeds in audio form.
Right now, the feature will only be accessible to certain iOS devices, but the company says all iOS users will have access to it “in the weeks to come.” No news yet about an Android or web release.
For users with access to the new feature, the process is pretty simple and easy. Users can write a new tweet as usual, except now there is a new button alongside options for adding a picture or video, where users can record a short audio message.
In a tweet from the company’s official page, Twitter shared the full workflow.
This latest addition actually allows for even longer perspectives to be posted on the web, restricting voice recordings to 140 seconds. The restriction is important because it shows that Twitter is not trying to transform into a podcast network, but instead wishes that this update will enable a different method of discussion to blend with current discourse patterns.
However, one thing that’s an open question is how audio tweets will add to Twitter’s abuse problem. Twitter has several problems in flagging discrimination in text-only tweets, which are much easier to auto-flag using machine learning software.
To such programs processing violence in audio samples is a much greater task. This would also be more time-consuming for web administrators to comb through material that has been recorded manually.
Also, see Twitter Now Allow Users to Charge Followers and Give Them Access to Extra Content 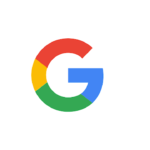 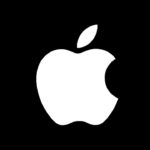