it’s finally on its way. Users of YouTube’s free app on iOS will be able to watch videos in the background — sort of.

Picture-in-picture is finally coming to YouTube for iOS users

As a non-paying YouTube user, what particularly excites me about PIP is the fact that I’ll be able to use it as a minor workaround for streaming music for free. Only YouTube Premium subscribers can currently listen to music on YouTube with Background Play, which allows you to close the app and still hear the audio even when the screen is off.

This workaround will not be perfect: PIP will only reduce the size of the screen, not completely close the app to allow music to play in the background. So you’d have to work around the small screen with your phone, but that doesn’t seem so bad.

What’s more inconvenient are the battery drain and data usage issues. Keeping the video running, even on a small screen, would quickly drain an iPhone’s battery. And if you’re doing it without WiFi, your data bill will quickly mount. You’d also have to disable any Power Save settings, and the always-on screen wouldn’t work well with the inside of a pocket.

As I said, it isn’t perfect, but I’m willing to put up with it. I use YouTube to watch specific things like vloggers, tutorials, and celeb interviews that I can only find on YouTube.  Because I’m an auditory learner, I prefer to listen to these videos rather than watch them.

In reality, I don’t usually want to stream music from YouTube, but I appreciate that PIP allows me to do so. Finally, I’m excited to try out new apps while watching a vlog on the side.

Picture-in-picture is finally coming to YouTube for iOS users 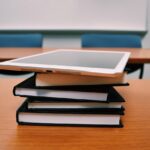