If you want Apple’s new headphones, you’ll have to pay a pretty penny. Apple announced on Tuesday, AirPods Max, the new over-ear noise-canceling headphones that will be launched on Dec. 15 at $549. Customers who do not want in-ear headphones, such as AirPods, may be attracted to AirPods Max.

They sit over your ears, which can be comfortable for longer periods, but offer similar features such as voice command support for “Hey Siri,” fast pairing to your iPhone, and cancellation of noise. They also include transparency mode, which allows you to hear noises around you, such as cars on a busy street while walking, and spatial audio, which makes it sound like movie audio and TV shows coming straight from your iPad or iPhone.

The AirPods Max has built-in sensors that allow them to detect when they’re on your head or not. That way, the music stops if you take them off or if you lift an earcup to talk to someone else.

But they’re also expensive for headphones. Most of the products in this category from competitors like Bose and Sony, or even Apple’s own Beats brand, cost around $350. Some of this cost may come down to materials, such as the stainless steel headband, as other headphones are usually made of plastic.

They also have large speakers, though they’re the same size as Sony’s competing set, and a ring magnet motor, which Apple claims it stole from professional speakers, which helps keep distortion under 1% across the entire audible range.

AirPods Max also comes with a little magnet carrying bag that tells AirPods Max to switch to ultra-low-power mode to help save battery life when not in use.

With a noise cancellation that is on a par or even below its rivals, Apple promises up to 20 hours of battery life. 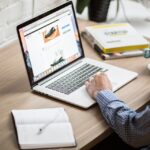 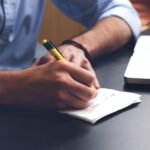