Netflix’s subscriber growth was in the first quarter. The numbers were massive – as you might expect in a new society where so many people are stuck at home. Netflix now has over 183 million global customers, up from more than 15 million in the previous quarter.
The subscription video service also released figures on how many households watched some of its hit shows, and the numbers dropped: Netflix’s original film “Spenser Confidential” was watched by 85 million households for at least two minutes. The Spanish language series “La Casa de Papel,” also known as “Money Heist,” was watched by 65 million households. “Tiger King” was seen by 64 million people. It used to be that broadcast television was the foundation of culture.
The highest-rated TV shows of all time aired on broadcast networks, including “Seinfeld,” “American Idol,” and “M*A*S*H,” as well as the highest-rated TV mini-series of all time, “The Thorn Birds” and “Roots.”
But now, the American zeitgeist is Netflix. Will the company’s number remain strong once stay-at-home orders are lifted?

Also, see  Netflix is Testing a Crackdown on Password Sharing with Friends 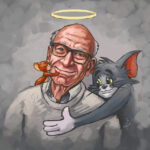 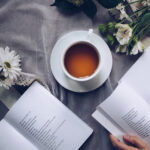