Bill Gates is targeting Bitcoin for the open use of Planet Energy for transaction validation.

Bill Gates Says that Bitcoin is bad For the Planet

“Bitcoin uses more electricity per transaction than any other method known to mankind, and so it’s not a great climate thing,”

In a broader perspective, Bill Gates is not giving a false warning. Let’s see how Bitcoin cryptocurrency actually works. Bitcoin is an encrypted, public, and shared form of money that is generated by a longer Blockchain code. Blockchain is a collective record, also known as a Ledger, that stores cryptocurrency transactional records in the same way that Excel spreadsheets do.

The volunteers are known as Miners. Kickbacks compensate miners for their hardware and the energy that computers consume. These payments are created in the form of cryptocurrency.

Bitcoins don’t rely on single computer verification. If the system receives enough verified results from different Miners, the transaction is added to the world’s most recent transactions as “Block.”

The transaction’s math requires so much computing power that it cannot be validated by a single computer or group of users, preventing the system from generating counterfeit currency.

A huge amount of energy is wasted for a single transaction. Bill Gates’s concerns are not just for the headlines. The world is concerned about the waste of Energy which is getting worse every day. So many countries are facing an energy crisis. Our current ways of generating energy are subject to Climate Change. This currency is not good for Green Planet. It is not designed to help fight climate change.

Bill Gates Says that Bitcoin is bad For the Planet 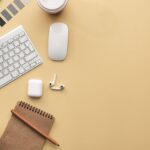 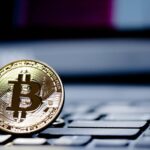