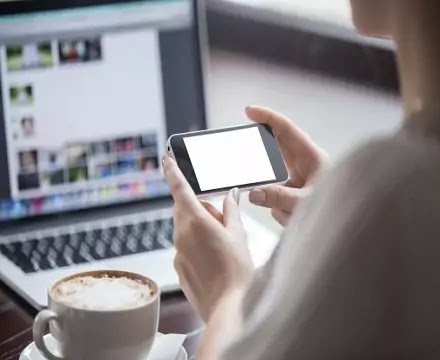 Humans have become apes. If you notice people in the public places, almost everybody is swiping their fingers on smartphones with bent necks as if the whole world rests on their phone usage and would collapse, if they quit using it.
According to research done at the Radiological Society of North America commonly known as RSNA, excessive smartphone usage creates an imbalance in the brain. Smartphone usage and also internet addiction is highly likely to raise the levels of a neurotransmitter called GABA in one region of the brain.
GABA regulates many brain function such as anxiety. The study reported that smartphone-addicted teenagers had significantly higher levels of anxiety, depression and even insomnia in some cases. The disturbed ratio of GABA causes irregularity in various brain functions.
“The increased GABA levels and disrupted balance between GABA and glutamate in the anterior cingulate cortex may contribute to our understanding of the pathophysiology of and treatment for addictions,” Dr. Seo with RSNA said.
Let’s come out of the research and take a more natural look at the repercussion of overextended smartphone usage. Logically speaking, overextending the usage results in multiple issues such as anxiety, insomnia, and fatigue and here is “why”.
It all starts with the eyes. When you stare continuously on your bright phone screen, the eyes get tired. That is the point the phone usage needs to stop instantly but this does not usually happen.
Once the stress on the eye is extended further, beyond the point of tiredness, it transmits different signals to the brain resulting in raising the level of anxiety in the body. The frequent overextension beyond the point of tiredness results in a fatigued body, always tired, it’s a result of an irregular signal sent by the brain to the various parts of the body.
Next time, when you sense the very first signs of tiredness, leave your phone aside and just divert your attention to something else. This helps in relaxing the brain, body muscles and makes you relatively fresh to have another go at the smartphone and internet.