Apple Maps has been a staple for Apple users for years, but Apple has taken it to the next level with iOS 15. Apple Maps now comes equipped with 3D graphics, which is perfect for those who love exploring new places and want an immersive experience. If you’re in London, Los Angeles, New York City, or San Francisco and have upgraded your Apple device to iOS 15 then you can see these beautiful cities as if they were right in front of you!

The new Apple Maps app is so much better than before. London, Los Angeles, and New York City are practically glowing as they shine through your screen while you use them!

Nighttime is the best time to see all those structures (and others) glow on your iPhone screen once it’s dusk IRL. Below, we’ve got a photo of The Statue Of Liberty lit up against dark nighttime background!

With the 3D treatment, viewers get a tour of famous views and other great parts of cities. Views include city centers or waterfronts as well with similar realistic Details

Later this year, the 3D views will extend their range to cover all major cities in America’s capital of Washington DC. Next up are Philadelphia and San Diego before finally making their way across Canada with Montreal being next on that list followed closely by Toronto then Vancouver!

The new-look in Maps is available with the iOS 15 update. When using the app for driving directions, road details with a 3D perspective are now live too! 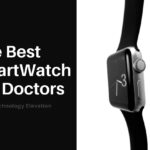 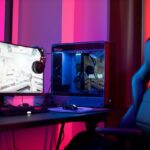