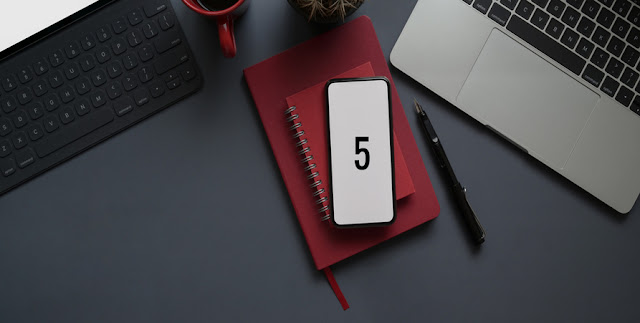 we are almost halfway through 2020, and although it’s been a pretty bad year so far, the good news is that we’ve had some excellent smartphones, and in this blog, I’m going to be giving you. My Top five smartphones of the year so far.A few disclaimers before we get into it. Firstly, I’ve used many smartphones this year, but of course, I’m not used to every single one. So there may be some smartphones that would make your list that hasn’t made my list. That’s absolutely fine. Also, this is my personal top five list. It may be slightly different from your list. That’s also fine, we can still be friends Final disclaimer, this list is in no particular order. The first smartphone on my list in no particular order is the Samsung Galaxy S20 Plus. 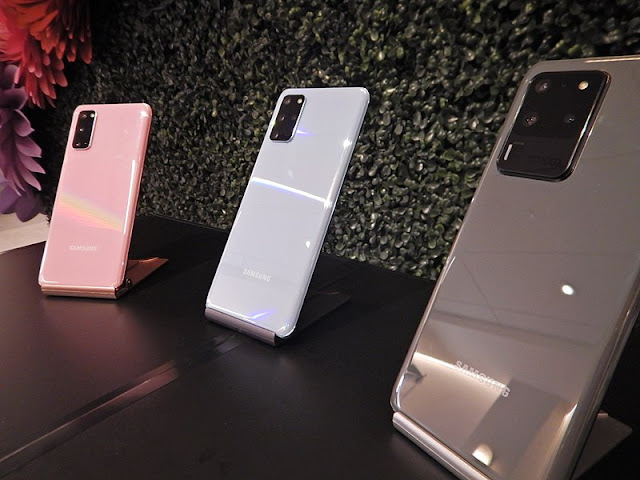 Now the S20 line does have three smartphones, the S20, the S20 Plus, as well as the S20 Ultra. The S20 Ultra in my opinion is more of an enthusiast phone. It’s not something for everybody. Whereas the S20, as well as the S20 Plus, are smartphones that are easily recommendable to most people. The Samsung Galaxy S line has been known to have some great all-rounders, and this is definitely the case here with the Samsung Galaxy S20 and the S20 Plus.
We’ve got some great displays with 120-hertz refresh rates which make things look very, very smooth. Great all-around cameras with very consistent results, especially for video. I would say that the S20s do have the best video on the Android side with up to 8K video recording. One UI, which I personally do really like, and I think it’s very simple and clean with an emphasis on one-handed usage, which many of the manufacturers do not have into consideration.Great overall hardware with flatter displays than what we’ve had in previous years, which is something that I really do like.25 watt fast-charging out of the box. Wireless-charging, reverse wireless-charging, and although the Galaxy S line this year for the first time does not have a 3.5 millimeter jack, we still do get a micro SD card slot. So you can expand the storage on here, something which you can’t do on pretty much any other device right now.

Now we do have some different variants depending on your region. You can either get the Exynos variant or the Qualcomm Snapdragon variant, There is inconsistency in terms of performance, and if you do get the Qualcomm Snapdragon version, you will be getting a superior device overall, and although we do have a 120-hertz display, this is only at full HD. We don’t get the quad HD resolution if you do want 120 hertz. Well, despite that if you do want a great all-rounder, then the S20, as well as the S20 Plus, are great options. One device that offers both quad HD resolution is Oppo Find X2 Pro

This device offers both quad HD resolution at 120 hertz is the Oppo Find X2 Pro. Now, this is a really good all-rounder. Really bright display with minimal bezels as well. Ticks all the boxes when it comes to specifications. The Qualcomm Snapdragon 865,12 gigabytes of LPDDR5 RAM, UFS 3.0 storage with 512 gigabytes, and the fastest charging that I’ve tested on any smartphone, 65-watt SuperVOOC 2.0, which can get your phone from zero to 100% in just around 40 minutes, which is absolutely insane.
We’ve got some really good overall cameras, including periscope zoom technology which will allow you to get in very close to your subjects. Now, although you do have some of the fastest wire-charging that you will find out there, unfortunately, there’s no wireless charging which I did find myself missing, and the cameras are really good, but the selfie camera I think can be improved.
You’ve got only up to 1080p, and the dynamic range isn’t great when you’re taking portrait shots.
The device also starts at 1,100 pounds which might be a bit pricey, although that is in line with a lot of other flagships out there. Now if you are looking for a lot of the same features that you’re getting on the Find X2 Pro, but at a cheaper price, then, of course, we have the OnePlus 8 Pro which is the next device on my list. 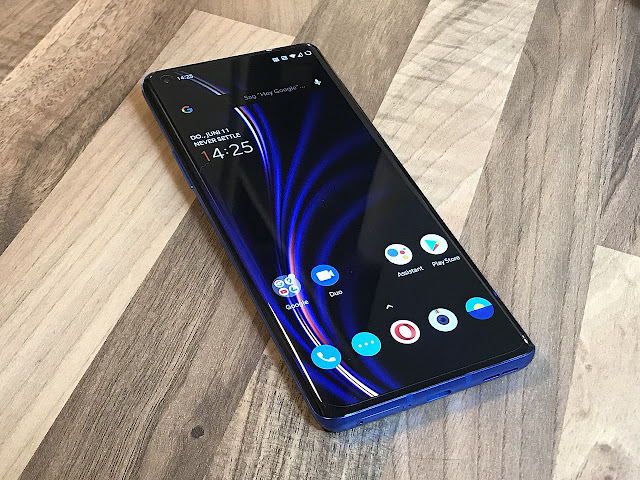 Now the OnePlus 8 Pro looks very similar to the Find X2 Pro and that is because it’s got almost the same display. Oppo and OnePlus are partner companies. So it’s easy to see why this is. So you do have quad HD+ with 120 hertz which makes things super smooth, but what I like about OnePlus devices is that, yes, they tick all the boxes when it comes to the hardware, but it’s really the software which makes things feel even faster. Oxygen OS is one of my favorite skins on Android. It’s very clean, and it doesn’t really have too much clutter, and on top of that, you do get very fast updates from OnePlus as well.
This year, the cameras have also been improved. We’ve got some really good cameras here on the OnePlus 8 Pro, very comparable to some of the competition, and we do get 30 watts warp-charging out of the box, but what’s more important is that for the first time on an OnePlus device, we do get wireless charging. Not only that, but it is also up to 30-watt wireless charging. Now although you do have to get a separate charger for this, it’s a really nice option to have. It’s obviously not perfect. I have experienced some display issues myself, which other people have also reported on, and these are being improved with software updates as far as we know, and the cameras are really good at the rear, but again the front-facing camera is locked off at 1080p. You cannot get 4K from the front-facing camera, and the price, although it’s cheaper than other flagships starting at around 800 pounds, or $900, is quite a bit higher compared to what OnePlus has offered previously, but nevertheless, the OnePlus 8 Pro is a really good all-around smartphone at this price point, and it’s a device that I can easily recommend. The next smartphone on my list is the Huawei P40 Pro.

Now this smartphone in my opinion has the best design on any smartphone this year with its silver frost finish which I really, really like. Huawei, really one of the first to introduce graded finishes on their smartphones, and I think they’ve done a really good job here with the P40 Pro. Another thing that Huawei introduced was periscope zoom technology, and we’ve got great cameras on the P40 Pro, some of my favorite. The zoom is really, really good, and we had a very large primary sensor, but as well as that you get some great front-facing cameras.
I would say that the P40 Pro has my favorite selfie cameras on any smartphone right now, and that is because we’ve got two cameras at the front,which really do help with the portrait mode.However, those do give you quite a bit of a cutout, the pill cutout on the display,and the display is really good, but it is 90 hertz, not 120 hertz like we’ve seen on some of the other competition. Now that pill cutout also has some additional sensors, however, which do allow 3D face unlock which is something that no other smartphone on this list offers. So you do have an in-display fingerprint scanner, as well as a very secure 3D facial unlock. Other devices usually just use the front-facing camera for facial unlock which doesn’t really make them secure. This is not the case with the P40 Pro. You do have very secure methods to unlock your smartphone. You do get 40 watts charging out of the box, as well as up to 27.5-watt wireless-charging, but of course, the biggest downside on the P40 Pro is the lack of support for Google Play Services.
Now this is very unfortunate, and although it is perfectly possible to use the P40 Pro on a daily basis because we do have alternatives like the Huawei App Gallery, and personally for me in particular, the APK pure app gallery which gives you the most of the apps that you would use on a regular basis, you are, of course, missing those core Google Play Services, and although you can access a lot of these through the web browser, the experience is not going to be the same as a device that does have Google Play Services supported from the get-go. A few people have actually found workarounds to get Google Play Services unofficially on the P40 Pro, but I really hope this is a situation that can be fixed in the long term because Huawei offers some great devices and brings lots of great competition to the table, and the P40 Pro for me definitely makes my list of the top five smartphones of this year Now the final smartphone in my list I know is going to be a little bit controversial,

how can this be one of your favorite smartphones of the year so far, hear me out? Yes, the display is nowhere near the displays of the 2020 flagships that we have these days. It’s practically the same as the iPhone 6 which came out many, many years ago, and we do have very thick bezels with LCD technology and a low resolution, however, the iPhone SE retails at around $400, or around 420 pounds, and in my opinion, it has the best cameras overall for photos and videos at this price point, and that is because although the camera hardware might be old camera hardware, it is using the A13 Bionic chip. The A13 Bionic chip does have its own image signal processor and that gives you some great results for both photo and video, and performance is right up there with the flagships thanks to that A13 Bionic chip. It’s very fast and smooth.
Now it’s not perfect, of course. Along with that display, it’s also not got the best battery life because it’s a very very small battery but you do get wireless-charging here, and it’s also a much more compact form factor, which you can’t really find these days on many other smartphones. So if you are after a smaller smartphone at a reasonable price, and especially if you want to be part of the Apple ecosystem and take advantage of features like Airdrop, then the iPhone SE is a really good option, and it has made my top five list so far. So that is my top five smartphones of 2020 so far. What are your top five smartphones of the year?