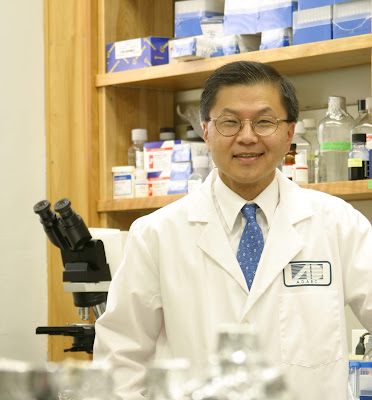 David Ho is on a mission to find a coronavirus cure.⠀
● It seems obvious now that David Ho, arguably the world’s most famous AIDS researcher would get involved in seeking treatment for Covid-19, the disease caused by the new coronavirus. It seems clear that at the Aaron Diamond AIDS Research Center he will concentrate the work of his many tens of scientists. That he would, as he says, “rob Peter to pay Paul” to get started with funds meant for the lab’s HIV studies. That he would receive $2.1 million from the Jack Ma Foundation in Hangzhou, China, without even asking and an additional $6 million from other private donors, among them a few very concerned businesspeople.⠀
⠀
● But in late December, when Ho was tracking reports of a few cases of unexplained pneumonia in Wuhan, it wasn’t obvious he’d be needed. “We were paying attention but didn’t think we would get involved. It seemed rare—and over there,” he says. In early January, as his lab changed its affiliation from Rockefeller University to Columbia University and moved to Upper Manhattan, the situation in Wuhan had become worse. Ho still wasn’t sure if he should get involved. “The scientists in China were already doing so much,” he says. Many of those scientists, in Beijing, Hong Kong, and Shanghai, are former students of his. “They could very well do the job.”⠀
⠀
● By mid-January, the magnitude of this epidemic was becoming clear. The Chinese government was making plans to quarantine the city of Wuhan, and four other countries reported cases. Scientists identified the virus and shared its gene sequence. Ho also believed that this time the Chinese government, for one, would provide funding for sustained research. “They’ve learned their lesson,” he says. He decided to get involved.⠀